Antidepressant Side Effects
Are a Neverending Trap

Are Antidepressant Side Effects a neverending trap? Many people believe that the withdrawals and other problems you might experience from taking antidepressants will, paradoxically, prevent many people from ever getting off of these drugs.

are the second most commonly prescribed drugs in the US, with about 118 million prescriptions written every year, a tripling of the number prescribed just 30 years ago (1). That is a massive amount of antidepressant side effects and withdrawal symptoms.

Unfortunately, more and more doctors are also prescribing these drugs for ‘off-label’ uses, meaning that people do not even have to be depressed to get them. Just like the fact that about Half of all Antibiotic Use is Unnecessary; many, if not most, antidepressants are also being given unnecessarily.

Anyone taking or contemplating taking an antidepressant needs to read this page and research IN GREAT DETAIL the antidepressant side effects  in order to make sure that the drug they are getting prescribed is a good idea for them.

The medical and mental health community is filled with doctors willing to write a prescription for antidepressants, even if they are unnecessary and potentially harmful, and even for children as young as toddlers!

Weight gain is one of the most asked about antidepressant side effects, but is it something that someone should worry about? The answer is probably more complicated than you would think.

To make this even more complex, depression, in and of itself, can lead to weight gain (3) .  So it’s difficult to know if it is the anti-depressants or the depression causing any weight gain.

Even more problematic is that different people’s bodies act in different ways depending upon their body chemistry, and science hasn’t figured out which factors might contribute to weight gain such that they can recommend particular anti-depressants depending upon a particular person’s body chemistry. While that kind of fine-tuning might be possible in the future, we’re definitely not at that point just yet. 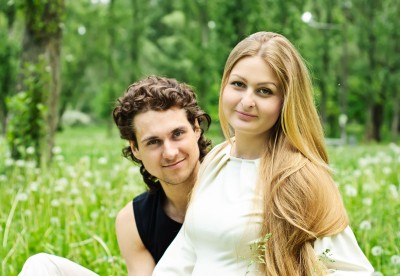 For those who have chosen to take these antidepressants and do experience sexual side effects, fortunately, a study done on Ginko Biloba, a natural herbal product, proved to improve sexual side effects in up to 80% of those suffering from this drug side effect (5). And since Ginko’s most famous effects are for the improvement of brain function and concentration, taking this natural substance along with the antidepressants could actually be beneficial in several ways.

Bone Fractures and Osteoporosis
Are Antidepressant Side Effects

Anyone who ends up on an antidepressant is hoping that the drug will help them solve their mood issues and make them feel better. What they don’t expect, and are usually not told are that one of the long-term effects of these drugs can lead to higher risk of osteoporosis and bone fractures.

Fortunately for those taking these drugs, it seems that getting off the drugs can stabilize and stop the bone loss, so that the risk is reduced back to normal after the drugs are discontinued for a year. As you’ll see in the next section, however, that may be more difficult than you believe, and may even be impossible.

The Trap of Withdrawal Symptoms

Unfortunately, they end up being forced by their symptoms to stay on the drugs, even if the person never really needed the drugs in the first place, which, unfortunately, seems to happen on a regular basis to many who are prescribed these medications for minor non-psychological problems such as social anxiety and shyness.

While withdrawals symptoms have not been studied at length, there are enough studies that the medical community has actually given the withdrawals caused by one class of antidepressants the name of a syndrome(4).

Classified as Selective Serotonin Reuptake Inhibitor Syndrome, these SSRI’s, as they are known, include drugs such as paroxetine (Paxil) and fluoxetine (Prozac), some of the most commonly prescribed antidepressants on the market.

Withdrawal symptoms, however, is a general antidepressant side effect that can occur with any of the classes of these drugs. In one class, MAO Inhibitors, stopping the drugs abruptly can even lead to death! There have even been cases of newborn infants experiencing side effects of antidepressant discontinuation after being born to a mother who was taking the drugs! (7)  These symptoms are very real and can be extremely serious.

While studies are lacking, and no one has figured out a good way to decrease or manage these symptoms, there are a litany of horror stories on the internet from people trying time after time to unsuccessfully get off the medications.  But the headaches, suicidal thoughts, anxiety, insomnia, fatigue, difficulty walking, sensations of electric shocks coursing through the body, and other problems often cause people to go back on the drugs in order to stop. Hence the trap of antidepressant side effects that often keep people on these drugs for years, sometimes for life. (8)

So, there are some problems with these drugs, it seems, but if they resolve depression, then they might be worth taking them in the long run, right? Well, whether they work or not is actually quite debatable.

“They found that on average, placebos were 80 percent
as effective as the [antidepressants]. The difference between drug
and placebo was so small that it was unlikely to be
of any clinical significance. The results were much
the same for all six drugs: all were equally ineffective.”
Drug Companies & Doctors: A Story of Corruption

However, a doctor named Floyd E. Bloom, M.D did a review (9) of the above book with a scathing criticism stating that studies actually do show that antidepressants work in cases of moderate to severe depression; and that the studies showing they don’t work are often cases of college students with minor cases of depression.

As we pointed out earlier, these drugs are very often given to people who do not even meet the strict definition of ‘depressed’ and who should not have received the drugs in the first place  This makes  it even more terrible that someone who did not even need the drugs in the first place is subjected to the life-altering effects of these damaging and even dangerous antidepressant side effects.

As this site points out many times, doctors are NOT the authority in your health; you are. They  are tools to be used in your ‘toolbelt’ of ways to improve your health, but their recommendations should be taken as such, and you should thoroughly research the pros and cons of any drug or medical procedure you are contemplating taking… BEFORE you take it.  Do not take this responsibility lightly. Do your ‘due diligence’ on antidepressant side effects and make an informed decision that you can live with.