Wondering About
Side Effects of Melatonin?

Wondering about the Side Effects of Melatonin? Well, the short answer is that this naturally occurring hormone is so safe that hospitals even give Melatonin for Children and even newborn infants!

What is Melatonin? It is a naturally-occurring hormone that is produced in the pineal gland between our eyes. Because the pineal gland is so close to our eyes, Melatonin actually begins to be produced when it becomes nighttime- or rather when we go into darkness. This is a significant distinction because with modern electric lights, LED clocks and nightlights, modern humans seldom experience complete darkness, and this may seriously disrupt melatonin production.

The Melatonin Benefits do more than help us to get to sleep, it's also a powerful antioxidant and smooth muscle relaxant- which explains it's utility as a sleep supplement- that is produced in our digestive tract as well- a fact that almost no one is aware of, but that may be VERY important to our health. Again, most people know Melatonin for Sleep, but its antioxidant and muscle relaxing effects have shown it to be useful in many health problems from trouble sleeping to cancer to irritable bowel syndrome, to the improved survival of critically ill newborns in the hospital.

Side Effects of Melatonin 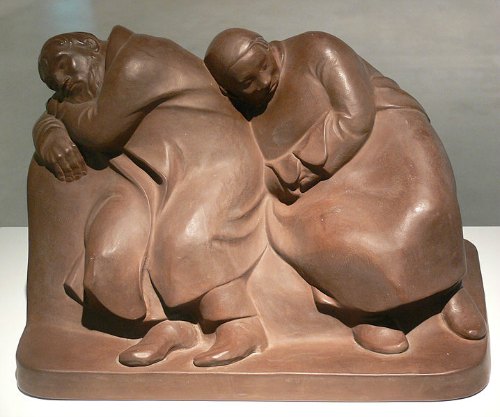 While there ARE melatonin side effects, few people have any problems with this sleep supplement it and it is so safe that, as I mentioned above, Melatonin for Children is even given to critically ill newborn babies and autistic kids with amazingly few problems reported over the years.

"But in spite of the large numbers of American's taking Melatonin, few adverse
effects have been reported to the FDA."
Melatonin: Hyped Up Hypnotic

Since it is a sleep enhancer, the most reported side effects of melatonin are drowsiness! While this seems like an EFFECT and not a SIDE effect, some people DO complain about this, and often experience it as fatigue rather than drowsiness. It does need to be noted that melatonin is supposed to be taken at night, as that is when it is normally produced in the body. And since it does help people to sleep, it can make some people feel groggy or fatigued in the morning or even throughout the day. This is especially true of those with chronic sleep deprivation and who have finally been able to sleep well again.

If you are finally able to sleep again, but feel EXTREMELY sleepy throughout the day no matter how much sleep that you get, this condition is called 'Hypersomnolence' and is NOT a problem, but a signal that things are turning around for you. If you experience hypersomnolence, stop taking melatonin until you have a few days off and take it just before sleep on your weekend and simply plan on sleeping most of the weekend. If you are not feeling better by the end of the weekend, then discontinue the melatonin and keep repeating on the weekends.

Your body is 'Making Up' for your long term sleep deprivation and it may take up to a month or two of weekend sleeping to remedy this. If you think of this as healing and not a 'Side Effect of Melatonin' then it can be easier for you. Hypersomnolence is NOT a problem when you know what it is and can control it. It's actually a necessary part of finally getting a good night's sleep in those who have experienced chronic insomnia.

A very small percentage of people have complained of low sex drive and, interestingly, infertility. The low sex drive could very well be related to taking melatonin at the wrong time of day or to the experience of hypersomnolence. So, it actually may simply be fatigue and drowsiness rather than a true libido issue and when the hypersomnolence resolves, then the low libido is likely to as well.

However, one of the more interesting side effects of melatonin is that it CAN change the hormonal balance enough to lead to infertility in both women and men when it's taken in MASSIVE doses. While this may seem 'bad', because it seems to be a predictable and reversible response to very high dose melatonin, some have been attempting to harness this Melatonin side effect in order to make a safer female contraceptive! While this COULD be good, it's best that couples who are trying to get pregnant or women who are pregnant or lactating should avoid melatonin for the same reason.

The Most Common Melatonin Side Effects

The most common side effects of melatonin were… nothing. Study after study said:

Do remember, though, that studies always use EXTREMELY high quality supplements- and if you are having problems with melatonin that were not mentioned here, it may be the fault of impurities or ingredients IN your supplement that aren't at all related to the melatonin itself. So, do make sure that you are getting high quality melatonin supplements such as Professional Quality Melatonin Supplements. Keep reading to find out more about the Benefits of Melatonin...

Research for Side Effects of Melatonin

Back to Top of Side Effects of Melatonin