The Side Effects of Turmeric
Are Practically Non Existent

The Side Effects of Turmeric are so rare that almost no one should be stopped from taking this beautiful yellow herb and spice that has such incredible health benefits. Turmeric is used in dishes worldwide to impart a beautiful and exotic yellow color. It is sometimes used in place of saffron for the yellow coloring that it can impart to dishes. Visually it looks much like ginger and in its raw root form is actually quite mild in comparison to its dried and cooked spicy flavored alter-ego.

It has been eaten in large quantities in the diets of Indians for thousands of years safely, which is a nod to the few side effects of turmeric that one might encounter. Turmeric has also been used as a 'drug' of sorts in the ancient traditional Indian medical system called Ayurveda. This system of medicine also reports few to no Turmeric Side Effects to speak of. Also called by its active component of 'Curcumin', which is also it's botanical name, it it only recently coming to light in western medicine for its many interesting and potentially healing properties.

Side Effects of Turmeric

The side effects of Turmeric, fortunately, are rare and self-limiting for the most part. Turmeric has been tested extensively in many studies and it has been shown to be well tolerated with only a few Turmeric side effects that were of note.

"Curcumin has been demonstrated to be safe
in six human trials and has demonstrated
anti-inflammatory activity."
Safety and Anti-Inflammatory Activity of Curcumin 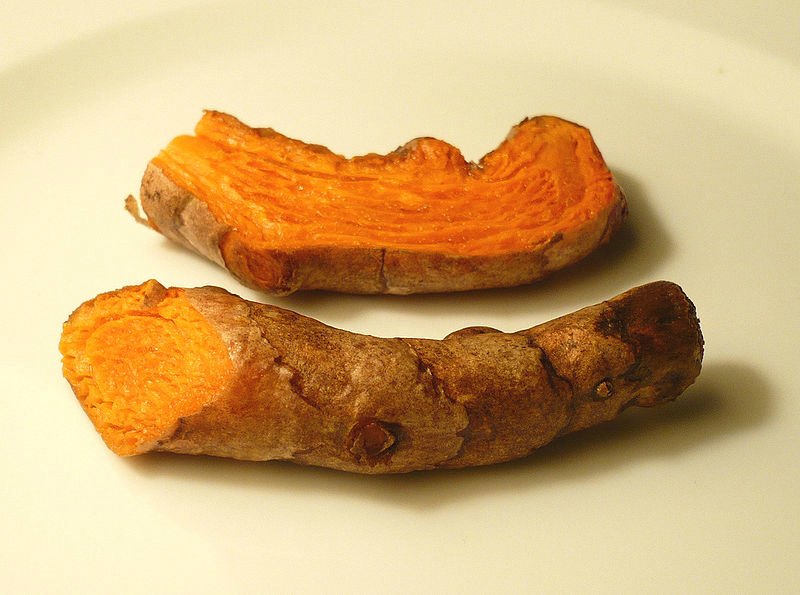 There are also several different forms of Turmeric that will all have a unique side effect profile dependent upon its specific use. In different studies they have used injectable Turmeric (which will not be discussed here) turmeric extract, dried turmeric and turmeric oil.

Gas: The main side effects of Turmeric that were taken orally were flatulence and gas. This occurred in up to 25% of participants in one study. However, this side effect that was so common in the one study was not mentioned in any other study.

Rash: Any substance can cause an allergic skin reaction or rash. Turmeric side effects were no different and ONE case of rash was reported in ONE study. The rash went away after Turmeric was stopped. Theoretically, any botanical oil could also cause irritation and/or allergic rash when applied to the skin.

The only other side effect worth noting is that turmeric is bright yellow and can and will stain anything that it touches, including YOU. So you might get yellow-stained hands, lips, or tongue if you use it as a fresh root, powder, or tea.

Really, that is it for Turmeric side effects. There were just simply an extremely few number of Turmeric Side Effects that occurred. There were no toxic issues and no fatalities in any studies. And remember, Turmeric has been used for thousands of years as a food in quite large daily doses for entire lifetimes! While western medicine believes that only our controlled double-blind placebo-controlled studies are worthwhile for gathering information about substances, the Indian traditional medical system of Ayurveda has closely observed reactions to Turmeric for thousands of years- and we are finding that many of the 'traditional' uses of this quite amazing herb truly ARE effective in studies.

Turmeric acts in many ways on the body, it is an:

Using turmeric in a standardized supplement form is recommended if you are using it in order to improve health problems. Look for turmeric enhanced for better absorption. It's safe to take in dosages of approximately one gram per day, and it's safe to take for long periods of time.

But Turmeric can also be taken as a tea, particularly if you are using it as a mouthwash, but it's best used as a spice in cooking because it's absorbed best into the body when it's cooked and combined with fat, as is done when making curry, the most famous dish containing turmeric, and the best way to enjoy it free of any side effects of turmeric. Fresh raw turmeric can be found in many health food stores and in many Asian markets. It's almost indistinguishable from ginger until you know the difference, so if you do not know what you are looking for, then ask in the produce section.

1. Comparative evaluation of 0.1% turmeric mouthwash with 0.2% chlorhexidine gluconate in prevention of plaque and gingivitis: A clinical and microbiological study

Back to Top of Side Effects of Turmeric