What is Nitrous Oxide

Nitrous Oxide Side Effects are pretty scary, but no one else is going to tell you about them, so be forewarned before you go in for any dental procedures. Nitrous Oxide, also called 'Laughing Gas' or Dental Anesthesia is a gas that is often given for dental procedures and other 'minor' medical procedures to provide mild relaxation for the procedure.

Unlike other types of medical sedation, nitrous oxide side effects are considered so rare, and it is considered so safe that when the gas is given, there is no monitoring equipment used and no second practitioner to watch over the patient if anything were to go wrong. In fact, it has even been given to patients for home use when families or home care nurses need to regularly perform painful procedures such as dressing changes.

Very rarely does anyone discuss the Nitrous Oxide Side Effects, even to the patients who will be receiving the sedative. But there ARE side effects of nitrous oxide, and these can be serious, long lasting and even lead to death in rare cases.

Lack of Oxygen
Lack of oxygen is the most serious Nitrous Oxide side effect. Medically known as 'hypoxia', it occurs when someone stops breathing or breathes too shallowly or too slowly to meet their oxygen requirements- usually because they are overly sleepy from the nitrous oxide drug sedation. While this is a very rare side effect of nitrous oxide, it does occur. The majority of the time, this reduced oxygen is caught very early, the patient is given oxygen, helped to wake up more, and there is no lasting damage. But if the hypoxia goes unnoticed for too long, then brain damage and even death HAS occurred. Again, this is a VERY rare nitrous oxide side effect, but it IS real.

Neurologic Problems
Mental confusion is a Nitrous Oxide side effect that is almost never mentioned, yet it happens with more frequency than many would like to admit. This mental confusion occurs as a result of the nitrous oxide causing Vitamin B12 Malabsorption by  depleting the Vitamin B12 stores in the body. While most people have plenty of vitamin b12 stored in their liver, those who are at high risk for vitamin b12 deficiency: 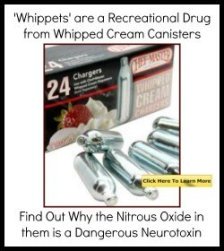 These individuals are at EXTREMELY high risk for these Mental Changes from B12 Deficiency. Unfortunately, most people are never told that this can be a problem, they are not screened as to whether or not they are at high risk- and they may not have these neurologic problems for days or weeks after their procedure. The elderly or infirm who get these neurologic problems simply get labeled with diseases like Alzheimer's Disease or dementia. Younger people can get labeled with problems that look exactly like Multiple Sclerosis or other neurologic diseases, when their problem is really a simple Vitamin B12 Deficiency, which can be easily recognized by looking at the MCV Blood Test on a routine complete blood count test, but even this abnormality is most often ignored and, unfortunately, Vitamin B 12 Levels are inaccurate- even in the rare case that a doctor might suspect this common problem.

Peripheral Neuropathy
Another one of the side effects of nitrous oxide is the development of leg pains and numbness. This condition, called Peripheral Neuropathy, is also due to the depletion of Vitamin B12 from the nitrous oxide drug. As in the case of mental confusion, these symptoms often occur weeks to months later and usually in those who are elderly or are already in poor health.

One study showed that every single patient who participated in a study of Nitrous Oxide Side Effects had higher levels of homocysteine for the entire one month that the study lasted after ONE dose of the nitrous oxide drug. It begs the question of how long these high homocysteine levels persist after being given this drug. Unfortunately, no studies on this have been done on this to find out.

for most people, a high homocysteine level is not likely to be dangerous nitrous oxide side effects, but for some people, it could be deadly. There is a condition called Methyltetrafolate Reductase Disorder that often occurs in families with high numbers of people with heart disease or Alzheimer's Disease.

There have been people who have died as a result of being given Dental Nitrous Oxide when they had an undiagnosed Methyltetrafolate Reductase Disorder. In these sad cases, asking a few questions about family history of heart disease or a medical need to take Vitamin B12 and Folic Acid supplements could have prevented these deaths from Nitrous Oxide Side Effects.

Hearing and Other Ear Problems
Since nitrous oxide is a gas that is generally given using a mask over the mouth and the nose, it has been shown to raise the pressure inside the middle ear in a large percentage of patients.

While most people will not even notice this, there ARE a small number of people who have had serious problems because of this increase in middle ear pressure. There have been cases of:

and other ear related problems- even in children. Again, while these are NOT common problems, no one is warned about them beforehand. And those who have had any prior surgeries, implants or chronic ear problems should inform their doctor of this ahead of time and potentially use another form of relaxation for the procedure.

If you have any of the risk factors that may cause you to become severely Vitamin B12 Deficient, or you simply do not want to risk these problems, you may want to speak to your doctor about simply getting numbing injections for your dental work. Even many complicated dental procedures can be done with numbing injections and do not always require nitrous oxide.

If, however, you are extremely nervous about your procedure and feel that dental nitrous oxide is the best choice for you, research recommends simply taking Vitamin B12 Supplements before and after your procedure, in order to avoid any problems. In studies, Vitamin B12 has been safely taken in dosages up to 40 milligrams per day for extended periods of time.

While that is likely to be excessive to prevent nitrous oxide side effects from a single administration, there are no guidelines as to the 'right' amount to take or the amount that will counteract the Vitamin B12 deficiency that will be experienced during your treatment. As such, since taking too much has not been shown to be a problem, taking large doses could stave off any subtle or undiagnosed Vitamin B12 Deficiency.

A Better Alternative to Nitrous Oxide

An even BETTER alternative is to not get dental disease in the first place! While that may sound a bit condescending, it's not. There IS a dentist who believes that you can not ONLY prevent, but REVERSE dental disease!! That's right, Dr. Robert Nara believes that, if you follow his specific guidelines and get in the right 'frame of mind', then you do not have to suffer from dental disease- and, therefore, you'll never have to worry about Nitrous Oxide Side Effects!

Take a look at what Dr. Nara has to say in his book,


"Money by the Mouthful"


and see why this dentist believes that you don't have to suffer from dental disease at all. You can also watch the Heal Thy Mouth Summit and learn what your dentist does not even know!

For the vast majority of people, nitrous oxide is an extremely safe drug and Nitrous Oxide Side Effects will not be an issue. A small -but very real- percentage of people will have devastating and debilitating health problems that can cause death or lifelong neurologic problems from dental Nitrous Oxide. These problems can go undiagnosed as being an easily correctable Vitamin B12 Deficiency that could have been entirely preventing by having been given a dose of inexpensive Vitamin B12 Supplements before or after the administration of this potentially dangerous drug.

Next --->
Vitamin B12 Deficiency Symptoms