Remicade Side Effects
Even Worse than Crohn's?

Remicade Side Effects can be serious- and even deadly. You should be aware of these serious side effects and of the Solutions to the problems that are requiring you to take Remicade in the first place. But your doctor is not going to tell you about solutions OR the serious Remicade Side Effects that could effect you.

Remicade, also called infliximab, is known as an 'Tumor Necrosis Factor Inhibitor' or TNF and must be given by Intravenous (IV) Injection in a clinic, doctor's office or hospital and is often given with another intravenous drug called Methotrexate. This medication is given for Crohn’s disease in active stage (when it's flaring-up) to patients that are not improving with the use of 'conventional' treatment with aminosalicylates and steroidal anti-inflammatory drugs such as prednisone. Remicade is also given for other inflammatory and autoimmune diseases like Psoriatic Arthritis, Rheumatoid Arthritis and Ulcerative Colitis.

Serious and Deadly
Side Effects of Remicade

Remicade is associated with many side effects and even has a 'Black Box' warning, the strongest warning that can be placed on a drug by the US FDA. Remicade should be administered in the doctor’s office and with caution, especially the first time it is administered.

The 'Black Box' warnings that have been placed on this drug are pretty scary. These severe Remicade Side Effects include severe and sometimes life-threatening fungal infections such as:

These types of fungal infections are serious and can even infect the brain and spinal cord. While these types of infections are usually only seen in patients with advanced Immune System diseases such as AIDS and HIV, these infections in those taking Remicade are not just coincidental. With the 'Current Working Theory' of the cause of autoimmune disease being that the immune system is 'Overactive', the purpose of this drug is to diminish the activity of the immune system.

Other Remicade Side Effects

More common side effects of Remicade are associated with immediate reactions to the intravenous infusion such as:

Infusion reactions occur in about two out of one hundred patients and are the reason why these infusions need to be monitored carefully. Remicade side effects can also occur much later and usually occur when the drug is re-administered. These include very serious infections such as:

Remicade Side Effects can even include cancer and can be one of the Causes of Congestive Heart Failure are very serious Remicade side effects. Cancer has occurred in the neck, head, lung and there have even been cases of lymphoma. These side effects of Remicade are uncommon but do occur and should hopefully make you consider Remicade only as an absolute last resort for your medical treatment.

If you wish to avoid these serious Side Effects of Remicade, then you may want to consider some alternatives. And there ARE alternatives to traditional treatment for Crohn's Disease and other autoimmune diseases- but your doctor is NOT going to tell you about them! 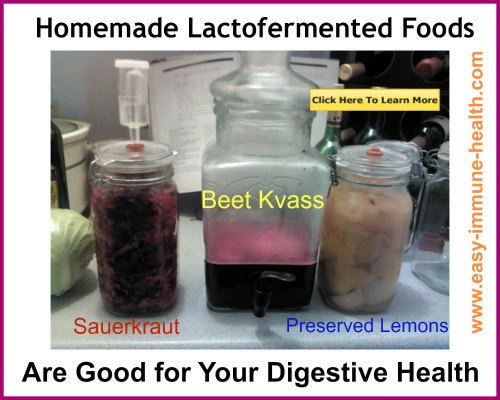 Use of antibiotics and the antibiotics and hormones in the meats that we eat can lead to a condition called 'gut dysbiosis' where the ratio of 'good' to 'bad' bacteria is altered leading to conditions such as:

The role of Good Bacteria in the health of your digestive tract and it's contribution to autoimmune issues can't be understated. High quality probiotics such as Prescript Assist Probiotic have shown some success in improving symptoms of autoimmune problems.

While rare, when serious Remicade Side Effects happen to you they can be absolutely devastating. Why take the chance of suffering from these serious Remicade side effects when there ARE solutions that can eliminate the underlying CAUSES of your autoimmune diseases?

About The Author of this page:

Inna is a Crohn's Disease patient, a pharmacist, a Functional Medicine Practitioner and author of the website Journey with Crohn's Disease. Here's her story:

"I took Remicade myself when had to. When I had to use Remicade there was not that much information about it. The boxed warning came much later. I don’t know if I would use this medicine today if I knew what I know now.

With years of research and lots of learning I am now a strong believer in perfect combination of conventional medicine and holistic health approach. I recommend every Crohn’s patient to become proactive with their health. I use a modality called Functional Medicine that is a great and innovative approach to health. Strongly consider getting a Functional Medicine consultation with me to help you find a SOLUTION to your Crohn's Disease."

You can reach Inna at Journey with Crohn's Disease.
The goal at Journey With Crohns Disease is to help you find solutions for everyday Crohn's disease problems.

Back to Top of Remicade Side Effects