What You Need to Know
About Aspartame Side Effects

Once you find out about Aspartame Side Effects, you are going to wonder if it's safe to be eating this artificial chemical sweetener. Aspartame, also known as:

have been marketed as a 'sugar substitute' in thousands of foods across the country and is FDA approved as a food additive and is even put into children's food and drinks. Since it's supposed to be 'safe' and it's approved by the FDA, who wouldn't allow this 'safe' sugar substitute into their foods?

The Safety of Aspartame

There are two completely opposite camps on the issue of whether Aspartame is safe or not. On one side, there are more complaint about Aspartame side effects than any other food additive on the market. On the other side are FDA claims that Aspartame is the most studied food additive in history and that they believe the evidence shows that it is safe.

"Since its commercial introduction in the early 1980s, aspartame has been consumed, sometimes regularly, by millions of people… [and] no scientific study has ever suggested that aspartame poses any threat to the health of the general population in any
specific, identifiable manner."
Kennesaw University's 'ChemCases'

What's Aspartame Made From

The side effects of Aspartame stem from its chemical components as well as the components that it breaks down into. While aspartame is actually made from what are considered the 'essential amino acids' aspartic acid, phenylalanine and methanol, this depiction of it being made simply from essential amino acids may be misleading since it breaks down into toxic byproducts of:

The dangers of many of these substances are well known individually, but in combination no one can know what the consequences are. As such, even just the amino acid phenylalanine by itself could potentially be a health hazard in large amounts. While many babies are born and screened for a condition called phenylketonuria (PKU) and need to avoid phenylalanine for life, what is NOT as well-known is that there are millions of people who are CARRIERS for PKU. These carriers also have altered pathways to process this amino acid, which can then build up in the brain and cause neurologic problems.

Both glutamate (a component of the food additive monosodium glutamate, or MSG) and aspartic acid are in a class of chemicals called 'excitotoxins'. Excitotoxins have been written about EXTENSIVELY in the book 'Excitotoxins: The Taste That Kills' by Dr. Russell Blaylock, possibly the most vocal and knowledgeable doctor claiming that Aspartame side effects are extremely damaging to health

But What is the Real Story
About Aspartame Side Effects 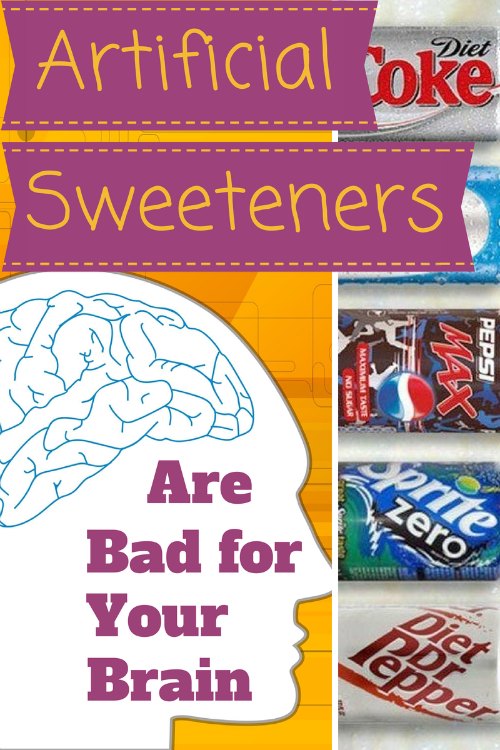 Negative Research on
Aspartame Side Effects

As more and more time goes by, more negative research continues to come to the forefront about these substances previously considered 'safe'. For instance, a comprehensive study done in 2014 declared unequivocally that artificial sweeteners damage the Good Bacteria in the gut, leading to diabetes and a condition known as 'gut dysbiosis'. Gut dysbiosis is an overgrowth of bad bacteria that can cause serious long-term health issues.

Interestingly, despite these sources claiming that Aspartame is completely safe,it's not even in dispute that Aspartame contains Glutamate. Well, one recent treatment for Alzheimer's disease is a drug called Namenda. Namenda is a drug that blocks the glutamate receptor (NDMA) in the brain. In other words, a drug that treats Alzheimer's disease blocks the receptor in the brain that is stimulated by Aspartame!

Clearly the debate is not settled at this point and consumers and studies continue to come out about disturbing side effects of Aspartame, the vast majority of which are neurologic in nature and can mimic conditions such as:

While one of the reasons that researchers and the FDA continue to claim that it is safe is because there is 'no clear pattern' of reported Aspartame side effects. The study mentioned in the previous section shows over 85 independent studies pointing to neurologic side effects of Aspartame, and in 1984 the CDC Itself Reported that 67% of complaints received about Aspartame were neurologic in nature- mostly related to:

My Take on Aspartame
Side Effects

Even if Aspartame IS the most thoroughly studied food additive that there is and the FDA says that it's completely safe, it is STILL a chemical. And certainly the FDA has been dead wrong about MANY MANY things before (they have recalled at least 9 different Quinolone Antibiotics alone, not to mention the Vioxx scandal and the more current issues with Avandia).

Additionally, there is no doubt that activators of a receptor in the brain called NMDA is a contributing factor to Alzheimer's Disease, and aspartame seems to be an activator of this receptor. There is even an Alzheimer's drug, called Namenda, that is an NMDA receptor antagonist. So, if Aspartame is an NMDA activator, and Alzheimer's disease is treated by antagonizing the NMDA receptor, well, it seems like you'd want to avoid something that activated that receptor.

In any case, there are without a doubt certain people who are unable to detoxify as well as others. One particular gene called the MTHR Gene has been linked to breast cancer, autism and other diseases. We know that this gene causes difficulties with the detoxification pathway called 'Methylation'. Interestingly, a form of vitamin B12 called Methylcobalamin B12 has been shown to improve detoxification problems from impaired methylation. Methylcobalamin has ALSO been shown to improve diseases, such as Alzheimers, Amyotrophic Lateral Sclerosis(ALS), and autism that some have linked to glutamate toxicity.

So, could YOU have impaired methylation or be a PKU carrier (mentioned above) that might make you particularly susceptible to any damage that COULD be caused by Aspartame? Are you willing to bet your health that you are not?

Personally, I'm going to stay away from them, and if you want to stay healthy and free of the supposed Aspartame Side Effects than I suggest that you stay away from as many avoidable chemicals as possible- not just Aspartame.

While governmental agencies are often charged with the task of keeping us healthy, if the state of the health of the US is any indication, they have done a POOR POOR job!! It's not the government's responsibility to keep you healthy, it's yours.

If you decide to consciously ingest chemical substances in large amounts and you later develop health problems, then you need to be the one to accept the consequences of your own actions- and not 'blame' the FDA or anyone else for telling you that it was OK. Chemicals are NOT natural and to knowingly ingest chemicals and assume that they are going to be safe is playing roulette with your health.

I've also written about the Benefits of Yacon Syrup and the Side Effects of Xylitol, so check out those pages for a couple of better alternatives to potentially problematic aspartame.

Keep reading to find out more about how your symptoms might ALSO be related to problems from having taken any of the Quinolone Antibiotics- problems which mimic reported symptoms of Aspartame Toxicity....

References for Aspartame Side Effects


Back to Top of Aspartame Side Effects