Xylitol Side Effects
Beneficial or Dangerous?

Will Xylitol Side Effects be a problem for you? I was concerned about this since my one ‘vice’ is a bit of sugar in my coffee or Matcha Tea in the morning, and I’m always on the lookout for a better alternative.

Honey is good, but it changes the taste of the drink. The damaging Side Effects of Aspartame have eliminated that artificial sweetener as an option. And I’ve previously mentioned the Benefits of  Yacon Syrup, but I’d been overseas for almost a year and obtaining yacon syrup was impossible, despite the irony that I could obtain the fresh yacon root in many grocery stores!

Xylitol is also a sugar substitute and is so good for the teeth that xylitol mixed with Green Tea for Dental Health makes an excellent mouthwash to replace chemical antibacterials such as Listerine and Chlorhexidine Mouthwash.

But aside from this, xylitol and it's cousin erythritol are 'prebiotics', specific types of starches that feed the bacteria in your gut. I’ve used xylitol before, when I spent 2 months on a specific ketogenic diet called the Bulletproof Diet, but at that time, I had not done much research into the mass of microbes in our gut, so was not as concerned about the effects of either a low-carb diet or xylitol on my gut bacteria at that time.

Since then, I’d delved extensively into research on the microbiome and became concerned that xylitol might have negative effects on the Good Bacteria in the gut, collectively known as the 'microbiome'.

I was particularly convinced of the power of the microbiome after putting my knowledge to the test by traveling in South America for 8 months using the power of a prebiotic called resistant starch that I attribute to keeping us healthy on our stint from Uruguay to Colombia.

I discuss my experiences with resistant starch on the page How I Prevented Traveler’s Diarrhea Using Potato Chips. If I was going to replace sugar, I did not want to replace it with something equally as bad for the microbiome.

What I Discovered
About Xylitol Side Effects

The first thing that I found was that xylitol favors a change in gut bacteria from predominantly gram negative bacteria to gram positive bacteria(1). While this might mean nothing to you, to scientists, this is an excellent shift. 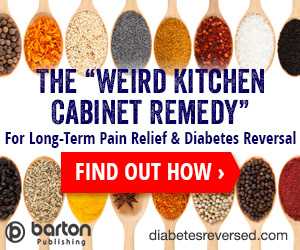 Additionally, this change favored ‘good’ bacteria that form a fatty acid known as butyrate. Butyrate is a type of fatty acid that helps to protect the gut from bad bacteria, as well as decreasing inflammation and protecting from colitis and even colon cancer

Butyrate can be obtained in small amounts in organic grass-fed butter, which is emphasized in the Bulletproof Diet that I mentioned earlier. It is also sold as an expensive, bad-tasting supplement. So having something to replace sugar that tastes pretty good and also produces butyrate in the gut is a bonus(4).

Xylitol Side Effects
On Digestion Are Not Fun

All of this research does not suggest that you should go out and guzzle xylitol, but it does suggest that you can probably include xylitol in small amounts to replace sugar and that it might have some beneficial effects on the microbiome.  Like all probiotics and prebiotics that can be beneficial to the gut ecology, however, there can be downsides of worsening digestive problems.

Collectively, the sum total of the gut bacteria is called the 'microbiome', and in those with severe microbiome disruption, such as those with problems such as:

the introduction of prebiotics can actually cause a Paradoxical Reaction of worsening digestive problems. People with these health problems might experience xylitol side effects such as bloating, abdominal pain, excessive gas, and other uncomfortable digestive issues.

While many would see these xylitol side effects as ‘bad’, you can also choose to see these issues as a signal that your gut bacteria are severely out of balance and seek to restore health and balance to the ecology of your gut through programs such as the Solving Leaky Gut program.

If you are interested in trying xylitol or any other sugar alcohols, start with a VERY small amount in order to avoid the common xylitol side effects that, in those with a healthy gut, generally go away in a few days to a week. You can also get xylitol-containing gum, or mix into brewed green tea and keep in the bathroom as a substitute for toxic Antibacterial Mouthwash.

If you get gastric problems like stomach pain or bloating , it simply means that you almost certainly have severely impaired gut flora that you need to improve in order to repair before you are able to tolerate sugar alcohols and other prebiotics or probiotics. 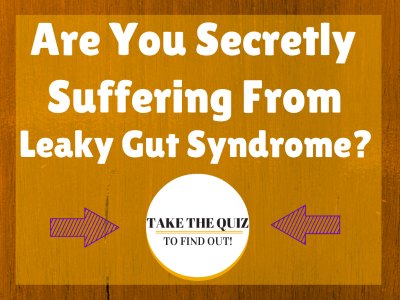