Digoxin Toxicity is a condition that occurs when too much of the heart medication called Digoxin is taken. This can occur all at once, as in the case of an overdose, or it can build up gradually over time. Because even small doses can be too much for some people and it can build up over time, it's extremely important that Digoxin blood levels are done on a regular basis. This serves to both make sure that the amount is therapeutic, and that it is not so much that it creates a condition of too much Digoxin. The amount that you are taking needs to be not too little and not too much, but 'Just Right'.

While somewhat rare, Digoxin Overdose is certainly MUCH less rare than the problem of Vitamin D Toxicity which, it seems, everyone is well aware of but almost no one has ever seen. While virtually no emergency room physician has ever seen a single case of Vitamin D Toxicity, every single one has seen Digoxin toxicity many times. So, it's not as uncommon as you would like to think, and it is certainly something to be aware of if you are on Digoxin.

"… The incidence of hospitalizationfor suspected digoxin
toxicity was only 4.4% over a three year period"
Effect of Age on Mortality. Hospitalizations and Response to Digoxin in Patients with Heart Failure 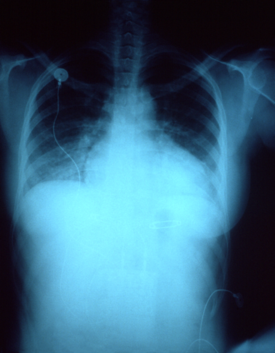 The American Heart Association makes a distinction between Digoxin  excess, Intoxication, and Overdose, but these distinctions are subtle and are all due to taking too much of the drug to the extent that there are negative effects on blood electrolytes and heart rhythms. While having less of too much is good, they are all bad and may not be recognized as a problem by the person taking the drug.

What's important to remember, and a distinction that some people forget, is that you don't have to take a large amount all at once, as someone might if they overdosed, in order to experience toxicity. Toxicity from Digoxin can occur over time simply by taking the recommended dosage on a daily basis.

Therefore, it's important to get regular blood levels and to pay attention to Digoxin Side Effects that might tip you off to an early problem. The side effects of Digoxin when you have taken too much can start out with you just not feeling well and usually include nausea and/or vomiting and can eventually lead to:

While toxicity occurs only in about 1- 4% of people with the risk increasing with age and when other medications are being taken, this risk is very real and it is something that, as an Emergency Room nurse for over 10 years, have seen on a regular basis over the years.

As such, getting regular blood levels of Digoxin is important, especially if you notice that you are feeling worse, and particularly if you are experiencing a slower than normal heart rate and nausea and vomiting. Digoxin Toxicity is something that someone taking the drug should always be aware of for as long as you take it.

Next --->
Digoxin Side Effects

Back to Top of Digoxin Toxicity