Prednisone Side Effects
Are the Risks Worth it?

Prednisone Side Effects are many, dangerous and have been well known since they were first introduced in the 1950's. While there is no doubt that prednisone temporarily reduces symptoms in many diseases and has certainly saved MANY lives of those having life threatening asthma attacks or allergic reactions, is the risk of these major side effects worth it?

For those with chronic illnesses, these corticosteroids can only suppress symptoms and never actually cure these inflammatory problems because they never address the reasons WHY you are experiencing continual inflammation. Even in the case of Cortisone Injections, they don't cure the inflammation and pain, but only mask it. Have you ever thought about why your body is creating inflammation in the first place? There IS a reason, and corticosteroid anti-inflammatory drugs such as:

also called Glucocorticoids, Corticosteroids or Steroidal Anti-Inflammatories- these drugs should not be confused with the illegal 'Anabolic Steroids' that bodybuilders use nor with Non-Steroidal Anti-Inflammatory Drugs, such as Ibuprofen. Corticosteroids are powerful drugs that can only be obtained by prescription (at least in the US) and are designed to reduce inflammation in many different illnesses with an inflammatory component. Corticosteroids come in many forms and can be given by the intravenous or injection form in hospitals, where they are known as Prednisolone or Methylprednisolone, or in oral pills called Prednisone or PediPred (for children) when taken at home.

While they absolutely do reduce inflammation, and they do their job extremely well for both acute and chronic problems, they also cause a WIDE range of short and long-term side effects that can range from a pleasant increase in energy to permanent diabetes and osteoporosis.

Osteoporosis is such a common and well-knows side effect of these drugs that it is known as 'Steroid Osteoporosis' by doctors who rarely take any precautions to prevent this loss of bone in their patients(2). Bone loss of between 10-30% has been noted as a side effect of prednisone in many studies and can affect up to 50% of people taking these drugs. While some of the bone loss was regenerated after stopping the medications, it wasn't reversed completely(1)and if serial regimens of prednisone are taken over periods of several years, severe osteoporosis could be the result.

Part of this problem could be the result of the Magnesium Depletion that occurs with these drugs. While most people think of calcium replacement to prevent bone loss, one of the Side Effects of Prescription Antacids is magnesium deficiency and bone loss as well. Since most US women get plenty of calcium, a bigger problem in general as well as a result of prescription drug usage, is a loss of magnesium that leads to osteoporosis in the long run.

One extremely well-known problem with Prednisone side effects is its ability to decrease the effectiveness of the Immune System. This can occur to such an extent that patients taking long-term corticosteroid therapy have acquired serious infections such as Tuberculosis and deadly blood infections requiring hospitalization.(10) Some of the infections noted in people taking corticosteroids, such as Pneumocystis Carinii Pneumonia(9), are so rare in the population in general that they are associated with the HIV infection or cancer nearly 100% of the time- except in those taking corticosteroids and other immune system suppressants. Think about this for a moment, Prednisone side effects can cause immune system dysfunction similar to of AIDS and HIV!

Steroid myopathy is a well known problem that can occur when corticosteroids are taken. While it's a more Common Side Effect of corticosteroids taken for long periods of time, this muscle weakness can occur when drugs are taken even for short periods of time and can occur in up to 64% of people taking these drugs(8). Some people experienced muscle weakness so severely that it affected the muscles of the diaphragm and caused serious breathing problems. (7) When you already have a serious illness, having muscle weakness and breathing problems as a Prednisone Side Effect is probably not something that sounds attractive to you.

Long term Corticosteroid treatment can also change one's appearance rather drastically. Weight gain, particularly abdominal weight gain, and facial hair growth are common problems when taking these drugs on a long term basis. The most disturbing appearance problems come from an induced condition called Cushing's Disease. The features of Cushing's Disease include all of the above mentioned problems along with a rounding of the face known as 'moon face' and a thick fat pad on the upper back and neck known as a 'Buffalo Hump'. These long term Prednisone Side Effects may or may not go away when you stop taking corticosteroids. 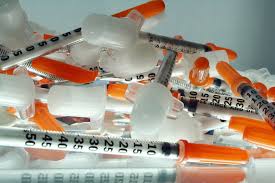 Prednisone Side Effects can lead to permanent and serious life-altering diseases and risk factors for disabling conditions such as Cipro Tendonitis that, in most instances, the majority of the population are trying to avoid in order to live a happy and healthy life.

Even worse is that very often the diseases that these drugs are being prescribed for ARE treatable with lifestyle measures such as diet and nutrients- despite the fact that few doctors address lifestyle solutions. There ARE doctors out there who are effectively treating many of these health problems without dangerous drugs and by aggressive measures that STRENGTHEN rather than suppress the immune system. Keep reading to learn about why the combination of Corticosteroids and Quinolone Antibiotics can be a recipe for the disaster that is Cipro Tendonitis...

Research on Prednisone Side Effects

(2)PATHOGENESIS AND TREATMENT OF STEROID OSTEOPOROSIS

(4)Side Effects of Corticosteroid Therapy

(9) Pneumocystis carinii pneumonia in the course of connective tissue disease: report of 34 cases.


Back to Top of Prednisone Side Effects