What Happened After Taking Levaquin and Prednisone

Prescribed Levaquin 750 mg on a 7 day course to treat a persistent sinus/bronchial infection that had lasted 5 weeks and resisted azithromycin treatment in the 3rd week.

Prednisone 40 mg daily was prescribed by the PA at the same time to deal with inflammation. Benzonatate was also prescribed for cough.

Here is what ensued:

Day 1-3 No adverse side effects noticed.
Day 4 Sharp pain in side, attributed to coughing leading to minor muscle tears after seeing a pulmonologist (see later details)
Day 7 Began to notice weakness/tenderness in ankles while walking and nearly lost balance a couple of times. Unintentionally missed levaquin final dose and prednisone dose of 30 mg during prescribed taper of medication.

Poor judgement perhaps, but it is what happened and may have contributed to what followed

Day 8: Awoke with severe pain in ankles. Within 1 hour pain increased substantially and spread to knees. After 1.5 hours of pain and attempting to walk once pain became excruciating "worst ive ever felt" and was unable to walk. Pain felt "interior" or "bone burning". Ankles/feet swelled considerably at this point. Was carried to the car and rushed to the ER.

After triage received Fentanyl 75 mcg and Ketorolac 30 mg IV as well as Lorazepam 2mg IV. Pain became manageable but was still severe in ankles in particular. Swelling was reduced around ankles within 1 hour.

leg pain/weakness. Pain was continuing, and received additional 75 mcg of fentanyl. Proceeded to receive every test in the book, submitted to a spinal tap to test for GB (after another 1 mg Lorazepam), received a CT scan.

All tests came back normal and generally in good health. No problem with creatinine clearance, spinal tap negative for elevated protein levels, all bloodwork indicated a healthy body... CT Scan showed a nodule in left lung, likely not cancerous and was scheduled to follow up with a pulmonologist immediately. Was released from the ER after about 5 hours with no indication about what had caused this despite telling the ER doctor/staff the medication I was prescribed.

Day 9: Legs are still tender, spinal tap puncture now hurts worse than legs (which is a good thing). The pulmonologist (who was a wonderful doctor by all regards) was familiar with the levaquin/corticosteroid interaction and expressed his sympathies during consulation and advised me to "Never let anyone prescribe you levaquin again, and certainly not with prednisone." The nodule is likely benign and may be scar tissue related to the aforementioned infection or past exposure to Coccidoides fungus (Valley Fever for all those who live in the Southwest). The pulmonologist told me the fact that I recovered within the day was unusual as such symptoms are often long-lasting or permanent.

I hope this description of my experience helps understand potential side effects if you are considering taking levaquin or related fluoroquinoline antibiotics. Please be careful when receiving prescriptions for serious medications especially from doctors, physician's assistants and nurse practitioners who mean well but may not be well versed in the recent literature regarding these medicines.

Join in and write your own page! It's easy to do. How? Simply click here to return to Quinolone Antibiotics and Levaquin Tendonitis. 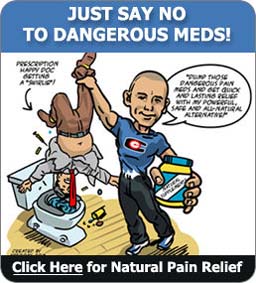