This page is not intended to be a complete list of all Levaquin drug interactions. If you are taking ANY medications or even Drinking Alcohol with Fluoroquinolones, or taking supplements such as Iron With Antibiotics, then you should call your pharmacy to let them know in order to determine if it interacts with any of your current medications. By the end of this page, however, you may be questioning your doctor as to whether or not you need Levaquin at all, if another less dangerous drug with fewer drug interactions would be effective for your condition, or if you even need antibiotics at all, since Half of All Antibiotic Use is Unnecessary.

Levaquin is an antibiotic in the class of antibiotics known as Quinolone Antibiotics that also included Cipro, Avelox and various other antibiotics that end in - floxin, -oxacin, -floxacin, etc. You can see the most complete List of Quinolones here.

All of these drugs can have the VERY serious side effects of Levaquin Tendonitis and Levaquin Toxicity that can cause muscle and joint pain, tendon damage and neurologic problems ranging from mild and temporary to severely disabling and permanent. While Levaquin can cause these problems by itself, some of the Levaquin Drug Interactions can increase your risk of these severely damaging side effects.

This drug interaction is THE single most important drug interaction with Levaquin. Any Corticosteroid medication can increase the risk of getting Levaquin Tendonitis and Levaquin Toxicity, yet ironically these drugs are frequently prescribed together by the same doctor at the same time! This is NOT an acceptable practice.

If you find that your doctor has prescribed ANY corticosteroid medication, such as Prednisone, with ANY Quinolone Antibiotic then you should call your doctor and insist that he prescribe you a different antibiotic that will put you at less risk of Levaquin Tendonitis. Please see the page on Levaquin and Prednisone for more detailed information about this potentially completely disabling drug interaction that should NEVER be prescribed together- yet all too frequently are.

This is another very ironic and damaging drug interaction that should always be considered to be a problem, but almost never is. The irony is that Levaquin can cause SEVERE Magnesium Depletion and this magnesium deficiency is one of the main causes of Levaquin Tendonitis.

Ironically, giving magnesium inactivates the Levaquin- meaning that you CANNOT take magnesium while you are taking the Levaquin in order to counteract the problem of magnesium deficiency that the Levaquin causes!

One thing that CAN be done, however, is to 'pretreat' someone with magnesium for a day or two in order to ensure that they have sufficient magnesium stores before giving them Levaquin. However, if someone can wait one or two days before taking Levaquin, then it's likely that they should not even be TAKING Levaquin in the first place because Levaquin should only be used in life threatening infections.

So, after reading the page on the Signs of Magnesium Deficiency and after knowing that several prominent doctors call magnesium deficiency an 'undiagnosed epidemic', are you 100% sure that YOU are not at increased risk of serious side effects from these drugs, including a Doubling of the Risk of Aortic Aneurysm and serious DNA Damage?

Many other previously 'healthy' people who took this drug for something as innocent as a Levaquin Sinus Infection are now completely and possibly permanently disabled from the effects of this drug and the consequences of Levaquin drug interactions. They didn't think that they were magnesium deficient either. 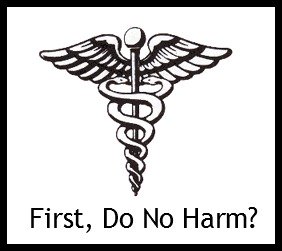 There is less of a problem with Levaquin Drug Interactions with these respiratory drugs, especially since albuterol is used only in small doses and theophylline is an older drug that is rarely used anymore. However, these drugs are most often used for asthma, which is often a problem of magnesium deficiency! While these drugs don't seem to increase the risk of Levaquin Tendonitis, they do increase the risk of racing heart, anxiety and panic attacks. 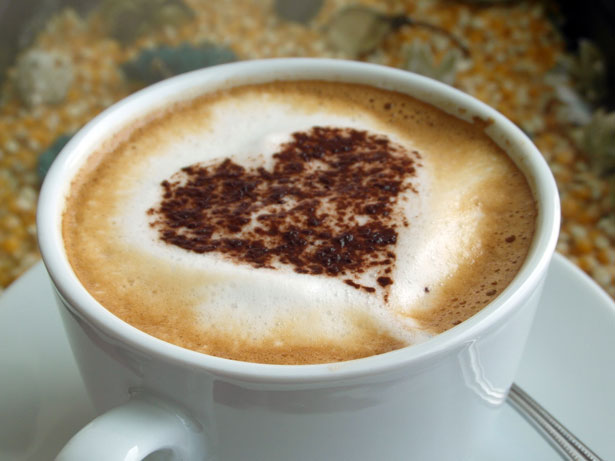 Levaquin and other Quinolone Antibiotics get 'detoxified' using the same enzyme system that detoxifies caffeine. As one of the Levaquin drug interactions, both substances 'compete' for the same detoxifying enzymes making both substances last longer in the system. This can not only have the potential for Levaquin to exert more of its toxic effects on the body and increase the risk of Levaquin Tendonitis, but it can also make Caffeine Side Effects of anxiety, restlessness, insomnia, and overstimulation last longer.

Most people don't even notice this slightly increased time to eliminate the caffeine from their body, but some people can experience this dramatically with sensations of anxiety, panic and a racing heart. It's no coincidence that these symptoms are also symptoms of magnesium deficiency, so those that have magnesium deficiency and are at more risk of Levaquin Tendonitis are also at more risk of having these severe reactions to the interaction between Levaquin and Caffeine.

In addition, a very common problem is that when people DO get affected by Levaquin Tendonitis, they very often have these severe reactions to caffeine that can end up being permanent. While that is the least of your problems if you have Levaquin Toxicity, it's just one more reason to avoid Quinolone Antibiotics entirely.

The combination of depletion of magnesium with the addition of fluoride seems to be a very bad combination that puts one at risk of Levaquin Tendonitis and Levaquin Toxicity. The Fluoroquinolone antibiotics already contain fluoride, and they cause Magnesium Depletion at the same time.

Surprisingly, many other drugs and, of course, fluoridated drinking water also contains fluoride. There have been several papers hypothesizing that the fluoride in Levaquin is what puts one at risk for Fluoroquinolone toxicity and, if this is true, it's prudent to check all other medications for the presence of fluoride and avoid those when taking Levaquin. Indeed, there are hundreds of reports of people with Levaquin Toxicity who report significant improvement in their symptoms when they eliminate fluoride completely.

Again, this is NOT a complete list of Levaquin Drug Interactions and should NOT be used in place of speaking to your doctor or pharmacist to determine whether or not your drugs interact with Levaquin. Simply put, however, Levaquin has an enormous amount of interactions with other drugs, including drugs that continue to be routinely prescribed with it!

These various drugs can significantly increase your risk of temporary or permanent pain or disability symptoms that can occur after taking Levaquin. Keep reading to find out more about the risks and dangers of the Quinolone Antibiotics…

Back to Top of Levaquin Drug Interactions

If you have symptoms of Levaquin Tendonitis or other side effects of Quinolone antibiotics, tell us your story or ask your question. Whether it's funny, sad, tragic or heartwarming- we want to hear it!!

IMPORTANT: You MUST leave your email address in order to get a response!!! I promise, it will NOT be shown nor will it be used for any other purpose!

See Other Submissions about Levaquin Tendonitis and Quinolone Antibiotics

Disabled by Levaquin Damage
After 4 pills of levofloxacin antibiotic my tendons started to rupture. I couldn't eat, sleep, focus, or concentrate. My memory slipped to a point I didn't …

Hospitalized Due to Levaquin
My husband took 1 - 500mg Levaquin, 2 hours later, he could not stand or talk, He has been in ICU for a week now & finally woke up yesterday, he knows …

Knee Swelling After Taking Cipro
For years I've had a chronic knee cartilage issue, though if I'm careful I probably only cause an inflammation every 5 years or so. I was prescribed cipro …

Severe Damage from Levaquin for a Sinus Infection
I took Levaquin about a month ago for a severe sinus infection. It has brought me to a standstill! About five days into the course of treatment I began …

Levaquin Made me Weak and Sick
I took Levaquin twice for MRSA and have felt sick ever since. The Levaquin Side Effects that I experienced were severe leg cramps, abdominal pain, which …

Pain, Swelling and Dizziness after Taking Levaquin
During the time of taking Levaquin I experienced a situation that I never had before. I took Levaquin for five days after which I removed myself from …